New Imaging and control Solutions for Quantum processors and metrology

The goal of the project is to design, prototype and validate in cutting-edge research applications a new camera tailored to the requirements of qubit readout and control in atomic systems. This camera, together with a dedicated control system, will be a key enabling device for the realization of advanced quantum algorithms, multiqubit operation and error correction protocols in architectures based on cold-atom or trapped-ion qubits. In the proposed project, the camera will be implemented in two proof-of-principle experiments involving cold-atom qubits. In the first application, a novel technique of ultra-low-latency detection of both 3P0 and 3P2 state populations of strontium atoms will be demonstrated. In the second application, the new camera and control system will be validated in a novel interrogation scheme of a hybrid atomic clock, with the goal of radically improving its short-term stability.

The project will be realized in close collaboration between electronics engineers and experimental physicists, in a joint effort of industry and research communities. It will be an important milestone on the way to commercialization of quantum technologies based on cold atoms or trapped ions. 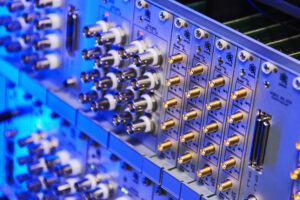